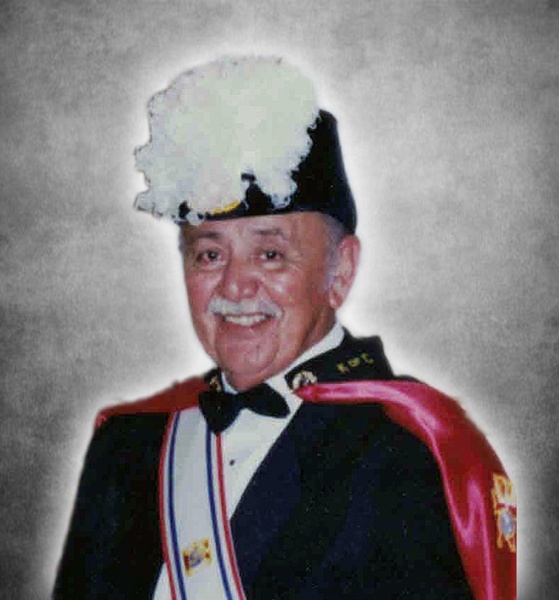 Sir Knight Pedro Luis Garcia, 85, beloved Husband, Father, and grandfather  was called to his eternal resting place on February 23, 2022 surrounded by his family.

He entered this world on June 29, 1936 in Aguilares, TX, born to Lazaro and Eugenia Garcia, Pedro remained a lifelong resident of Laredo.

Sir Pedro was a member of the Knights of Columbus for many years, in which faithfully served as a Navigator for the 1129 Assembly, He earned the highest ranking of knight you can achieve which is a 4th Degree. Mr. Garcia was a devoted Catholic, serving his Parish and his community, he was instrumental with Our Lady of Guadalupe in which he participated faithfully in the Silver Rose Pilgrimage. He continued to serve Our Community as a firefighter with the Laredo Fire Department and was decorated as Captain, he later went on to work with Webb County.

Family is paramount to Pedro, he enjoyed his time and special occasions with his family and friends, he especially enjoyed the time spent with his "Compadres" Barbecuing at the ranch.

Pedro will always be remembered as a kind and generous man, always willing to offer a helping hand no matter how difficult the situation.

He is preceded in death by  his parents Lazaro and Eugenia Garcia.

Left to cherish his memory is his wife Maria Elena Garcia of Laredo, Texas

Services for Sir Knight  Pedro Luis  Garcia will begin on Monday, February 28, 2022 with celebration of Holy Mass at 9:00 a.m. at Our Lady of Guadalupe Catholic Church.  Visitation will then follow the Mass from 10:00 a.m. to 2:30 p.m. at Gamez and Sons Funeral and Cremation Services. Cremation will be processed at a later date.

Pedro’s favorite charity was the Silver Rose Pilgrimage and Our Lady of Guadalupe Catholic Church.

To order memorial trees or send flowers to the family in memory of Pedro Garcia, please visit our flower store.

Our Lady of Guadalupe Catholic Church