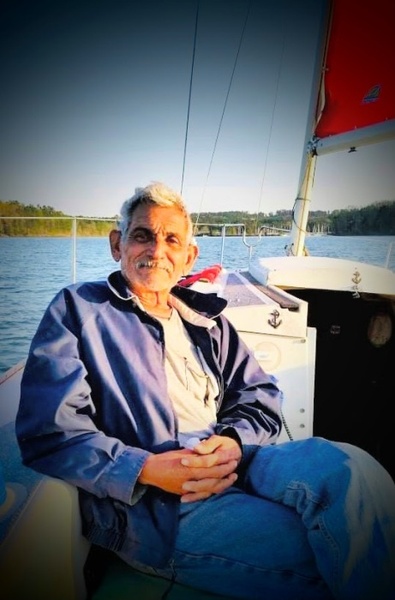 George "Flaco" Espinoza Jr. son of George Espinoza Sr. and Francisca S. Espinoza was born on December 16th, 1949, in Laredo, Texas and passed to be with his Lord and Savior on September 27th, 2021, at the age of 71.

George was a lifelong resident of Little Rock, Arkansas.

Lifelong essential employee of Sandman Services (Blasting, Painting and Power Coating) of Little Rock, Arkansas. His boss and good friend Roger, stated even at his age of 71 he could run circles around the young ones.  He was a big part of making the company what it is. He will be missed.

He loved to watch football games, fish, dance, sailing and just to hang out with friends, family, and helping others in need.

His love for music of all genres ranged from Tejano, Country, Rock & Roll, etc. His favorites were Selena & George Strait. He had many opportunities to go to concerts. He would get so excited about his experiences and call everyone to share that experience with them as well.

He was the Life of the Party!!!

The Family would like to give a special heartfelt thanks to his caretakers at Baptist Health Medical Center and Baptist Health Hospice in North Little Rock, Arkansas.

To order memorial trees or send flowers to the family in memory of George Espinoza Jr., please visit our flower store.